Ethics And Compliance: A Method For Insight And Action 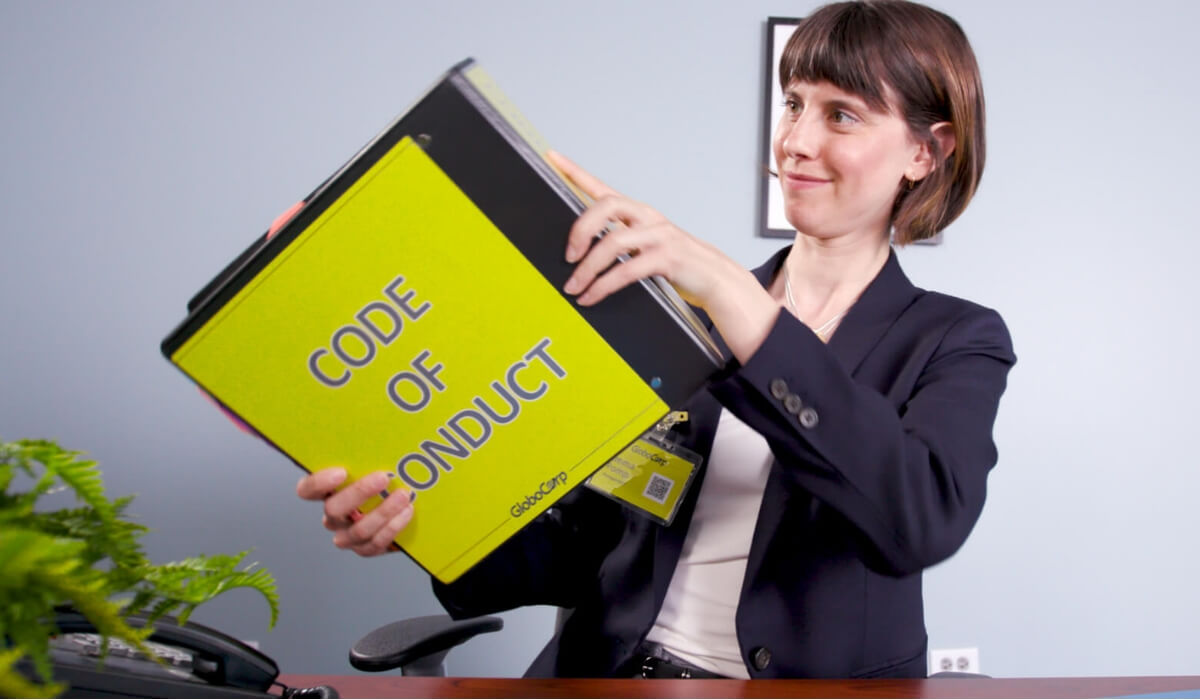 Fordham law professor, Alison Taylor, wrote a great piece in the Harvard Business Review called 5 Signs Your Organization Might Be Headed for an Ethics Scandal.

In the article, Taylor identifies these five areas of concern:

So why would a well-known comedy theatre rooted in an improvisational pedagogy root itself in a conversation about organizational ethics? Because there is an ever increasing amount of data and research that shows that humor is a vehicle for insight and improvisation provides a practice in applying that insight into real-world situations. In other words: comedy grabs the attention and improv improves the action.

“Comedy grabs the attention and improv improves the action.”

Writing in the Journal of the Scholarship of Teaching and Learning, a group of academics noted that “boredom may be the largest pedagogical obstacle to teaching.” Drawing on their study of using humor as part of the teaching process, they found that “because humor often plays with meaning, it helps individuals change their current mental perspective by visualizing problems in an alternate way, as well as engaging their critical thinking.”

And that’s not the only study. At an education conference a few years back, behavioral science professor Daniela Jeder presented a paper called “Implications of using humor in the classroom.” In it, she noted that:

“Relevant humor has so many cognitive and psychological benefits of which we summarize: maintains attention and arouses curiosity of pupils/students, requests thinking, attention and develops critical thinking, develops the skill of nuanced communication, replaces tension and anxiety during class with a relaxed atmosphere and promotes a positive environment.”

“The effective use of comedy engages the recipient so that the message sticks. If you have something important to say – something that needs to be remembered – it’s better to say it humorously.”

But let’s take it a step further. Because a better memorized fact can only go so far. When Taylor talks about fear and isolation and fragmentation, she’s talking about the environmental and behavior set that allows for lapses of ethical behavior among individuals and groups. And we have an APP for that. Well, it’s not an APP, it’s a practice. It’s called improvisation.

Improvisation is a practice in replacing fear-based responses with positive, prosocial responses. Improvisational training puts the emphasis on the success of the entire ensemble rather than any one individual; it is the opposite of isolation – it roots individuals into a larger schema where cooperation, respect, truth and honesty are both expected and rewarded.

Second City Works has been working in this space for quite a while now. Our Ethics and Compliance Library Real Biz Shorts has been accessed by literally millions of employees from hundreds of companies all over the world.

We found that in Ethisphere’s list of the most Ethical Companies of 2017, 31% of the companies listed had used Real Biz Shorts. Not a bad showing for a comedy theatre with an improvisational pedagogy. But that makes all the sense in the world once you look a little deeper.

Taylor, Alison (2017) 5 Signs Your Organization Might Be Headed For an Ethics Scandal, Harvard Business Review

Hackathorn, Jana, et al (2011) All Kidding Aside: Humor increases learning at knowledge and comprehension levels, Journal of the Scholarship of Teaching and Learning