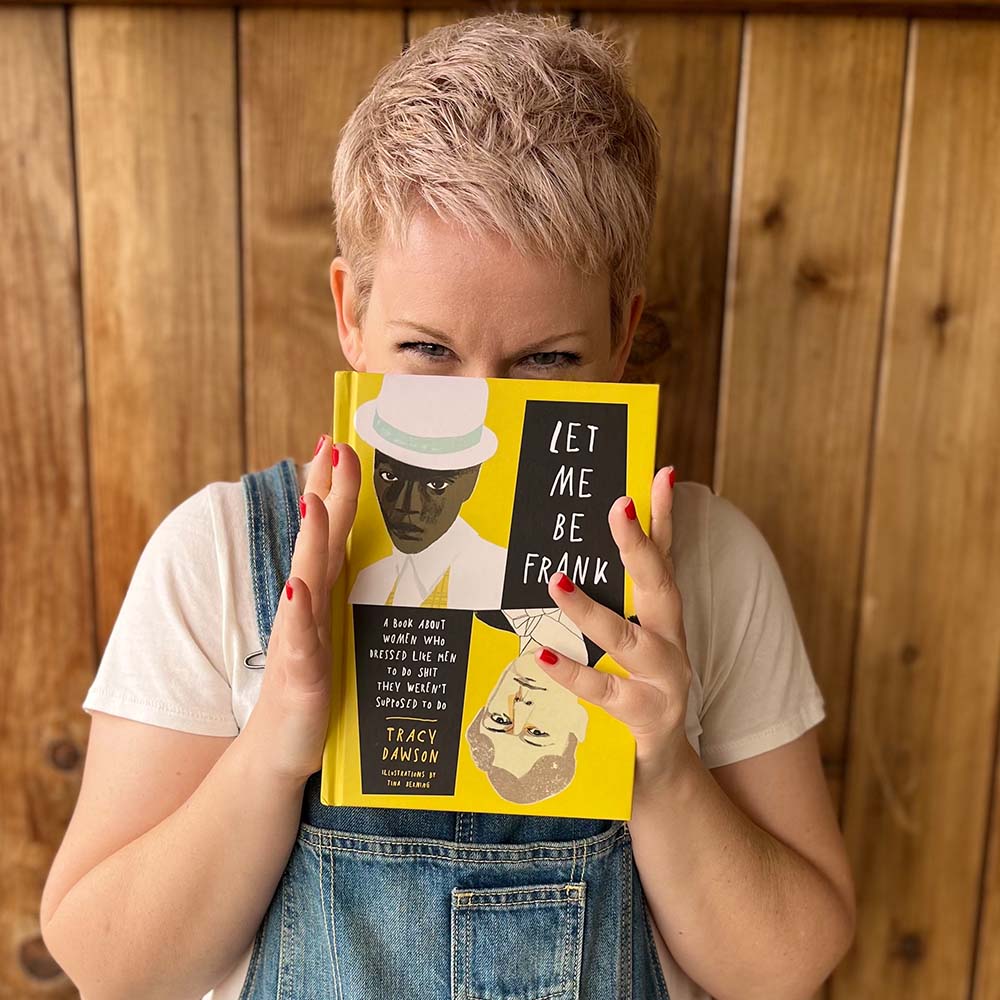 Let Me Be Frank

Kelly reconnects with Tracy Dawson, a Canadian American actor, and writer who got her start at The Second City Toronto. Her new book is called "Let Me Be Frank: A Book About Women Who Dressed Like Men To Do S**t They Weren't Supposed To Do."

Your new book is a historical look at woman who dressed like men in order to do the work they wanted to do but it was inspired by a particular slight you experienced, right?

“Yeah, I mean, it was definitely an inciting incident. I was meeting with people as you do when you're a burgeoning TV writer with executives. It's called staffing season, and they have all these shows, all their new shows that are coming in the fall, and they need writers. They need to stop up. And so, I was meeting with this executive at a big studio - and this executive a woman – and she says to me, did any of our pilots grab you? Could you see yourself writing on any of them? I said, yes, I like this one. I like this one. I like this one. And then she just plainly said to me. Oh, well, none of those have any female needs.”

Okay, can you tell us about Hatshepsut?

Hatshepsut was a female Pharaoh who was absolutely incredible. She started up as a Queen regent, because as was sometimes the case if the king dies and then the next person in line was a toddler or a baby, she effectively was ruling as Queen Regent, which was not uncommon.  But what happened was that she was seemingly really good at her job.  She achieved so much: she was one of the most prolific builders of ancient Egypt and established trade routes. And what was fascinating is that historical paintings of her slowly became more masculine over time until she just looked like a regular male Pharaoh.”

I had never heard of witch-pricking and I imagine that also surprised you in doing your research.

“Obviously we all know about the witch-hunts and how horrific it was, and how many people were sent to their deaths because of this made-up code. But also, the way that they hunted. The way they searched out for these witches was also all made up: Let's throw her in the lake and see if she floats or sinks. So, witch-pricking, no, I was pretty horrified by that. I definitely had a hard time when I was researching this chapter and writing it because it was such a downer. But essentially for the listeners, there's this long needle and it's stuck into the person's body. I'm sure it's no surprise that most of the time the witches were discovered to be women. Witch-prickers stick this long needle into their body and if the person doesn't feel pain or if they don't bleed from that spot, then they are a witch.”