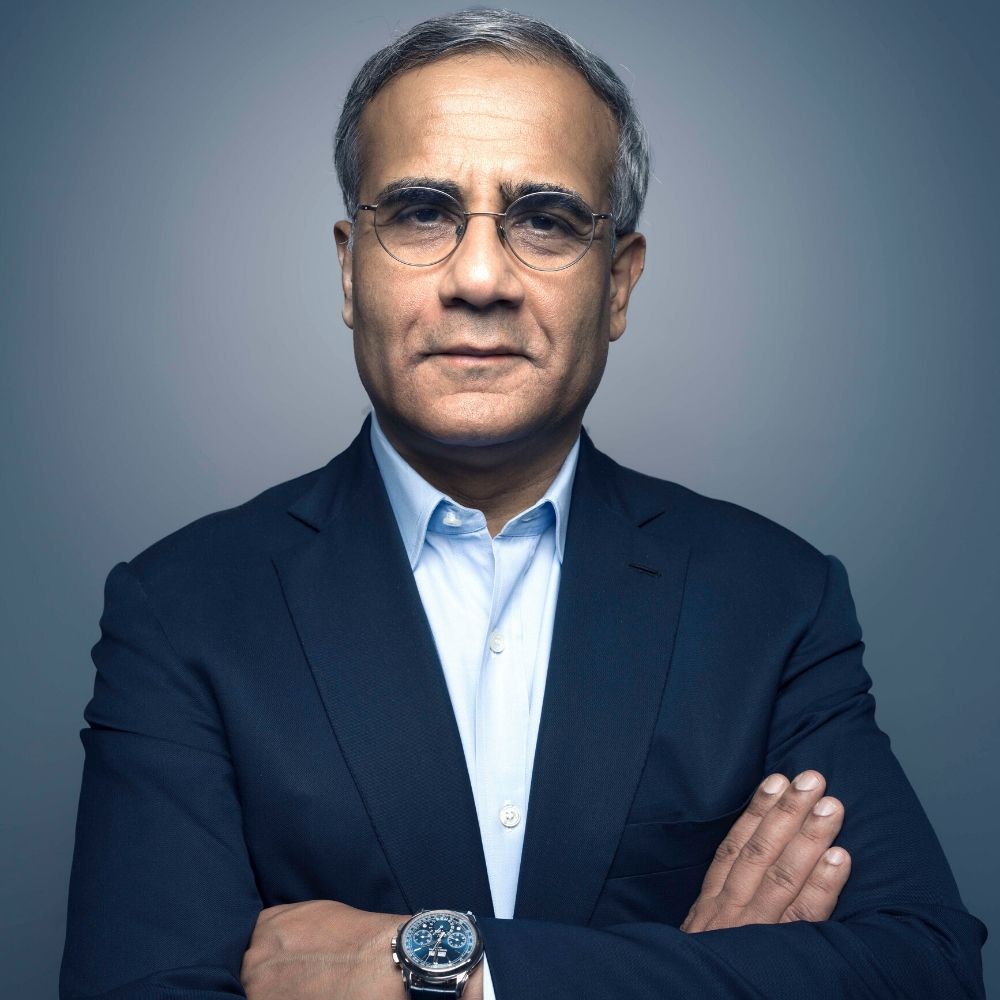 Restoring the Soul of Business

Kelly connects with Rishad Tobaccowala, Chief Growth Officer for Publicis Groupe about his new book "Restoring the Soul of Business: Staying Human in the Age of Data."

You cite a statistic in the book that 90% of the data in the world today has been created in the last two years and our current output of data is roughly 2.4 quintillion bytes a day and those are astounding numbers.

“They are astounding numbers and because we are flooded with so much data it brings to mind a poem by Samuel Taylor Coleridge. He had a line in The Rime of the Ancient Mariner which went something like this: ‘water, water everywhere and all the boards did shrink water, water everywhere and not a drop to drink.’ Today we live in an age where there is data, data, everywhere, so much data. We will sync data, data everywhere, pray who will help me think.

So what happens when you are deluged by data is, you know, you lose focus. Communication becomes more difficult and even relationships get weakened, right? Cause we're not meeting each other person to person.”

I couldn't believe this line for your book that Amazon recently sought a patent on a digital wristband which was designed to monitor employee’s productivity. That's insane.

“Well, yes, and just because things are measurable, it doesn't necessarily mean they need to be measured. But what happens when you have one of those wrist bands: the first is just that it feels very dehumanizing. It feels that's just one more step before they replace your carbon-based wrist with a select card-based technology and you're done. But the other is it feels worse than 1984. Basically, you're monitored all the time. And my whole stuff is, as soon as you do anything digital, it's being monitored, and one of the key issues is if you're always being looked at, are you really a human being or are you an image trying to be a human being?”

I love that you have an entire chapter in the book about how Arts are so important to business.

“I define innovation as fresh, insightful connections and therefore you've got to see lots of different things. And if you sort of think about the great artists, they basically connect different dots. But I also believe that artists are the ultimate entrepreneurs. So whether you are a standup comic or a writer or a painter or a sculptor or a performance artist, you start with a blank sheet of paper an empty canvas or block of wood and you create things. So to me, the ultimate entrepreneurs are artists. And because of that, there are four things that they do, which are amazingly important. The first is they allow you to see things differently. You reframe things just like a comic makes you think differently. So they reframe. The second is they take risks. The third is you learn how to come back from defeat, because that is usually what artists end up doing, imagine things that have never been imagined. And so my belief is a lot of marketers, businesspeople, people go on off on offsites. And to me the ultimate upside is to actually encourage everybody in your company to go and see the arts. You know, go to the Second City, go to the Art Institute of Chicago, go read a book, come back and talk about it.”