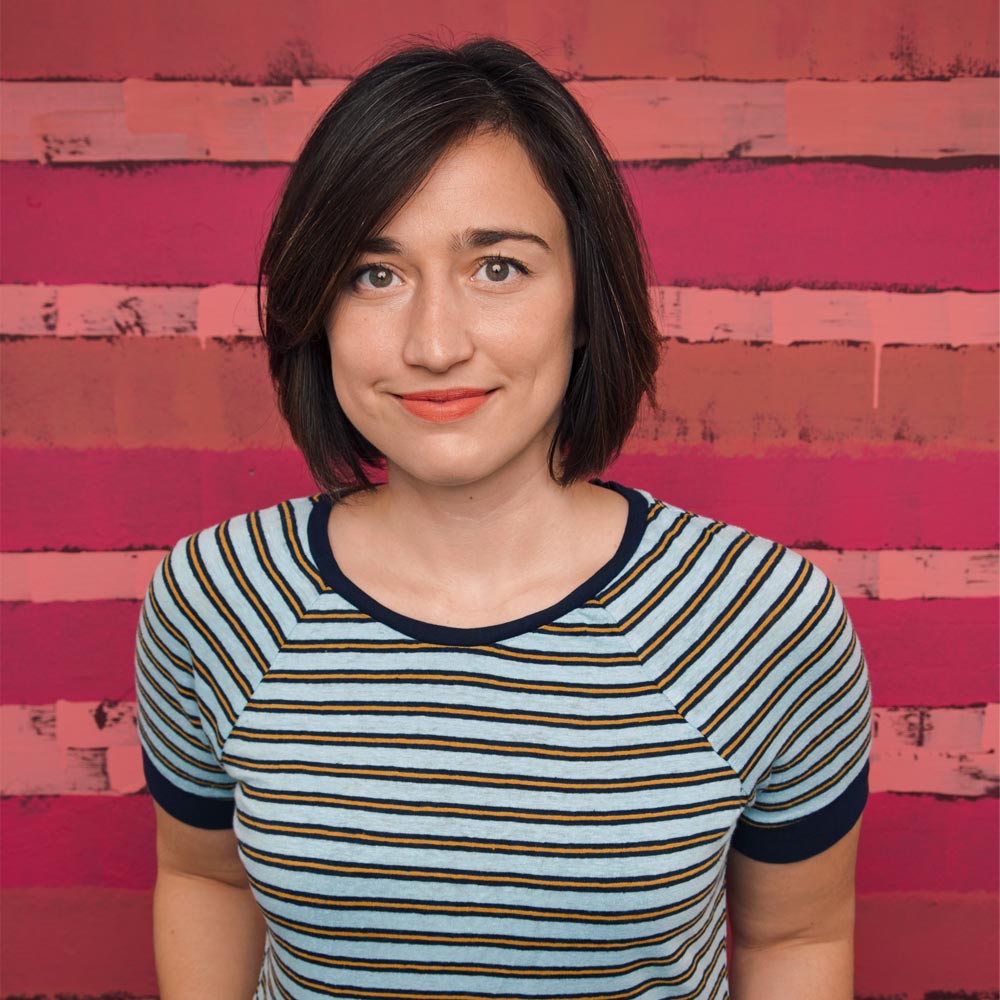 Kelly connects with Beth Newell, co-founder and editor of the satirical woman's magazine Reductress. They discuss her new book, There’s No Manual: Honest and Gory Wisdom About Having A Baby.

I think there’s something uniquely wonderful and horrific when people in the comedy field have children - because you are used to being so personally vulnerable on stage and parenthood is even more vulnerable.

“Yeah, I think so. I mean, this is part of the emphasis for the book:  when I became pregnant, I felt like there weren't a lot of resources for that shared truth. I was like, what's the story here? We don't have a lot of female representation in comedy to begin with. And then when it comes to moms, it's even lower. Can someone tell me what's really going on here? Someone needs to write this book.”

There’s a lot of swearing in the book, which I appreciated and you have one section that’s titled ‘No One Knows What The Fuck They Are Doing.'

“I think a lot of what we wanted to get across in the book was this idea that there's no perfect way to do this. It's not like you missed a class and there was a way for you to figure this out where your baby wouldn't be crying right now. It's going to be a mess. And something that I had really become attuned to through the years of running Reductress was just the way that women's media is constantly making us feel lesser than, or like we have to check all these boxes. And then that kind of messaging really gets amplified when you're becoming a mom, because society wants you to be really devoted to your kids and almost kind of throw away your own identity. So we wanted to spend a lot of time in the book just reminding new moms that they're a human being -  a human being with needs and desires that should be tended to, regardless of the fact that they also need to take care of this baby.”

You write about the terror of the car nap.

“So we talk about the car nap: when your kid falls asleep in the car and it can be a big problem because once he needs to get out of the car, if your kid wakes up at like 20 minutes into they’re nap, they're so angry, they're so angry. They don't want to go back. So you end up having to keep driving around for hours at a time or park your car and read a book and pee into a 7/11 cup or something. I feel like almost every mom I know has a story of almost peeing their pants in the car, just because they’re being held hostage there by an infant.”