I Was Replaced 3 Months Into My New Job 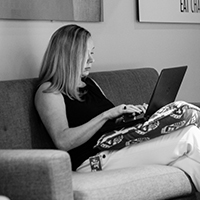 By
Marilyn Cox
,
Director of Marketing

I came to The Second City with a plan.  I followed every best practice in the book.  My marketing plan covered persona development, content, segmentation, channels, and data.  I had editorial, social, campaign, and event calendars.  I was ready.  I was excited.  And I was totally wrong.  I was so wrong in my approach, that I was replaced 3 months into the job.

So where did I trip up?

I developed a plan I expected others to adopt, without fully understanding the environment I was entering.

My boss explained a very important improvisation principle; Act the scene you’re in, not the scene you want to be in.  As an admitted control freak, this was a very difficult concept to embrace.  It requires releasing control, resisting the need to dominate, and surrendering the need to be right.

I had the opportunity to practice this through an exercise called One-Word-At-A-Time.  Pairing up with a partner, we had to create a dialogue. I could only contribute one word at a time, with my partner contributing the next word. Together we built a story. This exercise required me to not only listen to my partner, but to build on what they said versus trying to assert my agenda.

This exercise allowed for collaborative communication.  I learned that dialogues beat monologues every time.

I also stumbled when I was hesitant about leaning on my new colleagues for help.  I came into this job prepared and confident.  I wanted to demonstrate proficiency and was also worried I would burden them with requests for input.  I had to get comfortable with saying “I don’t know” and “I need help”.

And there’s a difference between saying it, and being comfortable with saying it.

Don’t get me wrong, confidence and planning are good things, but that can steer you to only one point of view which is often your own.  At Second City Works, when we work with clients we practice the belief that you bring a brick, not a cathedral.  Don’t come into a meeting (or a job) with a fully baked idea.  Everyone should bring ideas, and through the “Yes, And” exercise you affirm and build to co-create that final output.

By deconstructing my cathedral, I opened myself up to honest communication.  I embraced transparency and trusted that my colleagues had my back.  I watched as simple ideas, like a customer program, were yes-anded into phenomenal concepts that I never could’ve built on my own.