Creatively Risk It All 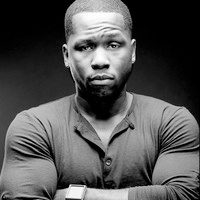 As an artist, you long for the day that you finally find your voice; that unique perspective that lends to your experience, observations and opinions. It is the metaphorical third eye awakening for a creative. It’s your calling card; it’s why ears perk up when you clear your throat, it’s you. Your voice gives you a creative license to say, do, emote, generate, and construct art that speaks to people on varying wavelengths. The job of the creative is not to just push the envelope but to place stamps on it and send it around the world and back.

“Your voice gives you a creative license to say, do, emote, generate, and construct art that speaks to people on varying wavelengths.”

In a time where political correctness is cemented under a microscope and scrutinized daily; the fear of offending individuals or groups of people on any level can stifle one’s creativity. So I ask, have we lost the right to be entitled to our opinion? When did it become taboo to think from the top of our intelligence and speak from the pit of our stomach the truth that was on our heart? When did art become safe? It didn’t – we became overly aware of other peoples’ feeling and lost contact with our own. We’ve become use to slapping preset filters on our creations to give them mass appeal. I think it’s time we stop hiding in our comfort zones and plant our feet firmly on our soapboxes.

“Have we lost the right to be entitled to our opinion?”

The most amazing thing I ever heard Kanye West say was “George Bush doesn’t care about Black people.” No beat, no auto tune, not even a hype man to reaffirm this freestyled sentence. This creative risk was so amazing that Second City alum Mike Myers stepped off camera to allow ‘Ye to bask in his truth (a truth to which Myers seemed mortified). Politics and race aside, this was the epitome of improvisation. An unscripted, in the moment, powerful statement, with a who, a what and an emotion. In that moment, Kanye unknowingly forced America to “Yes, And…” his statement. Sparking conversations and actions that otherwise may have never taken place. It’s something that I look back at and appreciate even more 12 years later. The ability to take creative risk on any level is necessary to continue pushing the culture forward.  Ideas are often lit by the spark of other ideas that help to evolve society; and our existence.

“The ability to take creative risk on any level is necessary to continue pushing the culture forward.”

On the other hand, how often do we turn on the news or scroll through social media to find that some celebrity is in hot water for making some off-color remark? Followed by a press conference with them apologizing for something they clearly meant to say. What’s the difference between them and taking creative risk? The difference is all in the purpose. The ‘why’ and the ‘how’ you decide to put that message into the universe is SO important. Mean what you say and say what you mean; however, also have a valid reason for saying it and be prepared and willing to debate contrary beliefs. Be open to criticism because art in any form isn’t art until it can be consumed. The power of your voice is in your writing, acting, comedy and career is life or death. You can live excitingly in chance or die quietly in comfort.

“Fall down and figure it out while you get back up.”

The best advice I ever received in class at Second City was from Michael Gellman. He said, “Fall down and figure it out while you get back up.” It resonated with me because before then, falling down meant failing. It meant landing on my face and not learning anything from the experience. After taking his class I learned that failing and falling were very different things. Falling down is relinquishing control, being vulnerable, seeing things from a different perspective, and also appreciating and valuing standing. Failing is being afraid to fall. I challenge everyone to fall down for their voice, their art and their passions. As a result, I believe you’ll stand up more consistently, confidently and creatively than ever before. For every creative risk, you dare to take the world spins just a little faster on its axis, the sun shines a little brighter, and that voice inside of you gets a little bolder.