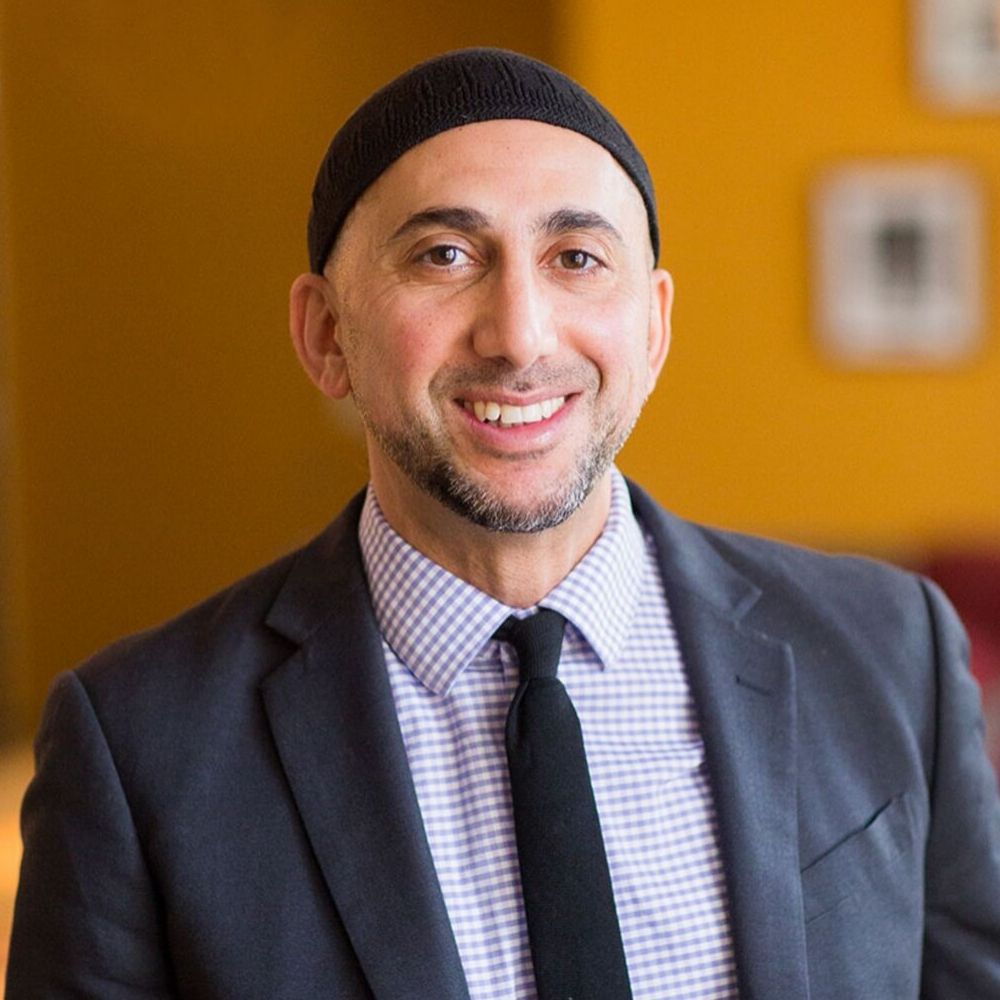 You’ve talked about your work being spiritually rooted and broadly informed. How does that play itself out?

“Certainly that's how my work started here at IMAN. I was both rooting myself in a certain set of experiences and at the same time drawing from a number of other experiences. So, for example, the Jewish American experience of organizing on the South Side, confronting that kind of liminal position of being in-between various communities and trying to navigate power dynamics and be authentic to Jewish principles and values was something really important and provided us and me with lessons that were not only critical to thinking about how I thought about myself as an organizer of Muslim American Palestinian origin, South Side of Chicago organizer, but also the same kind of ways in which the Jewish community was effective in rooting itself in some enduring Jewish spiritual traditions while being again, broadly informed by a number of experiences.”

I think it’s interesting when crossing cultures to think of the need to first understand where you come from before you go other places.

“I mean, hip hop for instance: if I were to just think about hip hop in and of itself, you know, there was an art form that in many ways was rooted and broadly informed. It was unapologetically rooted in the experiences of young black and brown communities in the Bronx and Brooklyn in New York in the late seventies. So the hip hop culture was rooted in this experience, but quickly it was broadly informed by an eclectic sets of sounds and cultural experiences across the globe. And in many ways I think that's what made it so resonant and relatable and transferable. Perhaps one of the most widely proliferated art forms of the modern era.”

Why is it so important to both call out and call up?

“Because I think we've been so deprived of the opportunity to have real, authentic, engaged conversation and honest confrontations with the narratives that have been painful in our lives and that have shaped who we are. And so that's where we start. That's the world as is -  that calling out and being honest about those things. Yet, if you're not calling up to something, if you're not thinking about the world as it could be, then you're not really providing a meaningful map for those who you're engaging. You're not really doing much to, in fact, address the suffering.We never want to be bounded or acquiesced to that suffering; to the world as it is and never aspire towards something that is greater.”