Relinquishing Power: The Hidden Strength Of “I Don’t Know” 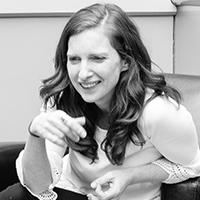 So…I went to Harvard. But honestly, I’m not being modest when I say, I’m not that smart. There are very basic passages in history that I can’t recall and branches of government for which I’m not sure of their function. I’d blame “Mommy Brain,” but I don’t know how long you get that pass: My kid is almost 7 years old.

I’m really not proud of this and I’m definitely not here to advocate ignorance (but also, I’m not running for office), I’m just telling you this to prove a point. The thing is, Harvard is really good at teaching you how to fake things that you don’t know. I am really proficient at that. I can spin a great story with the best of them. But a long time ago, I decided to own my ignorance. Rather than fake it, if I didn’t know something, I would say so —or ask. I figured if I graduated from Harvard and didn’t know something, then very likely other people didn’t know it either. We could either commiserate and learn something together —or they could enjoy lording it over me and saying they were smarter than a Harvard grad. Either way, someone wins.

But if I faked it, I would never learn. Eventually, I would be called out and that is a lot more damaging to one’s reputation than admitting ignorance.

How refreshing —and rare— it is when someone admits that they don’t know something and says that they’ll find out from someone who does. Why is it seen as a sign of weakness if we don’t have the answer to everything? And how has it become okay to double down on wrong information in order to show autonomy?

In improv and as a teacher and a director, I have to make decisions constantly. Most of the time I can do that with ease. I have enough experience now that I trust my instincts and go with what looks and feels right to me. (Also, improv is not an exact science —and usually no one dies if I am wrong.) But if I am wrong or there is another, perhaps better way and someone (respectfully, of course) challenges me, I don’t take it as an undermining of my authority. I take it as an opportunity.

Because now we can collaborate. Or in some cases, get a more accurate answer.

“We now have the added bonus of building a bond and mutual trust as we discover alternative ways together.”

And, if I think that person is absolutely wrong? I say, let’s try it. Because ultimately they will learn a lot more from trying and failing, than from thinking I didn’t give them an opportunity, resenting me for it and holding onto that idea forever. This is again mostly for improv, where no one gets hurt. Not necessarily for surgery or missile command. You have to weigh your outcomes.

But even then, if you are known as someone who lets others try things out when the circumstances are appropriate, people will respect you a lot more when you do say with absolute certainty that you are right and now we have to do it your way.

In our corporate workshops, we are often lucky enough to have a group of mixed levels of management within the company. Occasionally, those in the upper ranks insist they only want to watch. Sometimes they greet the exercises with extreme reluctance, afraid —as we all are— of looking foolish. But how very different it is to the group dynamic when those in leadership surrender to the exercises and are willing to look silly like the rest of us.

Those are usually the ones that find a new level of respect within the company. Because improv is a great equalizer. We are all in it together —and frankly, the ensemble is only as strong as its weakest member. But it is important to note that weakness here is not defined by ability. It is defined by willingness to throw oneself in, and anyone can do that. You just have to be amenable to relinquishing control and surrendering to the group. A dynamic that works well back in the corporate world too —and I would argue, makes it even more efficient.

There is nothing more frustrating to me than when a student blindly follows my direction when I happened to have spaced out for a second and made a dumb mistake when I gave it. Question me! Why would you waste everyone’s time when you knew that I was wrong? I don’t take it as a challenge to my authority. Frankly, I take it as a sign that you are listening and you respect me enough to tell me that you were.

Relinquishing power is about surrendering to a higher one. Many minds working together have got to be better than one.

“True leadership is about surrounding yourself with people who know what they are doing —and then utilizing them for their expertise.”

So, I propose that we make saying ”I don’t know” acceptable again. And, then adding to it, “let’s find out.” Because really, the more experienced you are, the more you’re willing to admit what you don’t know. I think someone famous said something like that…but I’m not sure who.

Let’s look it up.

*It was Einstein: “The more I learn, the more I realize how much I don’t know.”

“So if he can admit that, even though he didn’t go to Harvard,I think the rest of us can.”