Learn To Be Comfortable With Being Uncomfortable 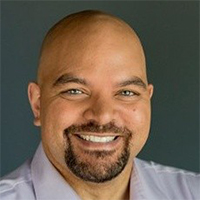 When I was starting out in Chicago theater I was fortunate to work with some of the city’s more renowned and well respected actors. I remember two striking exchanges with these actors which changed my view of them, or at least how I viewed myself in relation to their amazing talent.

“As improvisors, this coin of uncertainty is the very currency in which we trade. We don’t know what our partners will say next, or how we’ll react, or even when the scene will end.”

One actor I understudied is a joy to watch in any play. He consistently works around town performing drama and comedies, classical works and contemporary plays, Shakespeare and musicals; he’s an award winning actor who can do it all. If I hadn’t made it clear by now, I greatly admired him and hoped to be like him one day. One time I mentioned to him something that happened during a Second City class I was teaching. He asked “You do improv?” When I nodded he gave a little shudder and his voice filled with fear as he shook his head and replied, “I could never do that”. I was stunned. This man has stood alone on a stage in front of 500 people and commanded their attention as he moved them to tears, and he’s afraid of a little game of Freeze Tag? Yet from his reaction, I could sense how intensely improv filled him with dread.

A later incident provided me with clarity to understand his reaction. In preparation to perform one of Shakespeare’s tragedies the director arranged a multi-day workshop with Stewart Pearce, whose many professional titles include Resident Master of Voice at Shakespeare’s Globe Theater (tell me you didn’t start to read that in your head with a British accent). Part of the magic of Stewart’s command of sound is teaching how to find our natural, purest voice. We learned how to start our voice in different parts of our body, how to stand and hold our spine in specific ways to support the intent of the text, and how to let our physical reactions naturally create emotion when we spoke. He had us walking like we were swords, leaning against walls with only our neck and head touching, and pushing sound out through our toes and fingers. For me it was a transformative time which forever changed my acting and, perhaps more importantly, my everyday speaking voice.

Our workshop time with Mr. Pearce ended and we returned to the regular rehearsal process. During a lunch break I was sitting with cast members who were all very similar to the gentleman I mentioned earlier; established and successful actors, admired for classical work and musicals. They proceeded to list all of the reasons why they were not going to apply anything taught in the workshop. Their reasons all came back to variations of what one actor said, “What he taught may be good but I’ve been doing this a long time and I know what works for me.”

As I reflect on these two experiences they strike me as two sides of the same coin; not wanting  to be uncomfortable. The first actor is a master of the material when he knows what he needs to say, has had time to practice his reactions and can expect his fellow actors to respond precisely as rehearsed. The idea of the unknown frightened him. The group of actors rejected the new vocal techniques because it required changes which would create uncertainty and take them out of their tried and true habits. They knew what they knew and they liked it, by gum!

“Improvisors practice to work through the fear of the unknown and to embrace the possibility of a moment where the outcome isn’t determined. To be clear, we learn  through lots and lots of failure.”

As improvisors, this coin of uncertainty is the very currency in which we trade. We don’t know what our partners will say next, or how we’ll react, or even when the scene will end. Our partners may bring up subjects that we know nothing about or topics that elicit deeply felt negative feelings in us. We strive to react purely in the moment, so much so that what we say may be unknown even to us until after we’ve said it.

Public speaking consistently ranks as one of people’s greatest fears. When researchers have delved into why, they’ve discovered people have irrational, overblown fears of what could happen if they show their fear when speaking. They imagine horrible outcomes including losing their job, having their spouse leave them, or even someone dying. It’s the unknown consequence they fear. Improvisors practice to work through the fear of the unknown and to embrace the possibility of a moment where the outcome isn’t determined. To be clear, we learn  through lots and lots of failure. We also discover it’s never as bad as we thought it might be. So improvisors become more comfortable with trying and failing. We become comfortable with the uncomfortable feeling of the unknown.

So how do you react to situations with unknown results? Are you afraid of all the bad things which could happen? Or do you relish the opportunity to discover new possibilities, even if it results in a gloriously epic failure? Get uncomfortable and try something new. The results will be much better than you imagine.